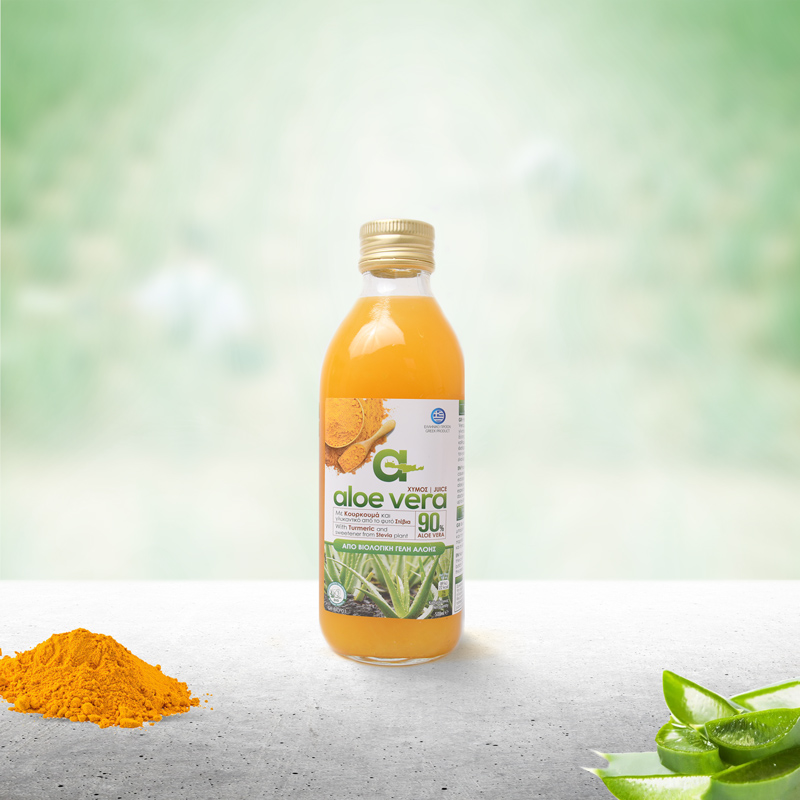 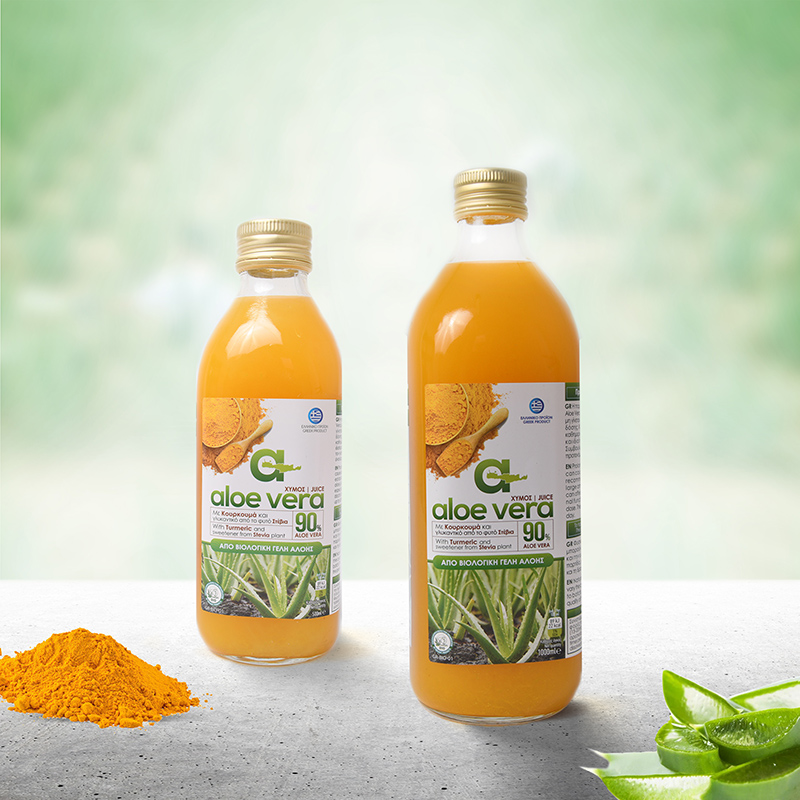 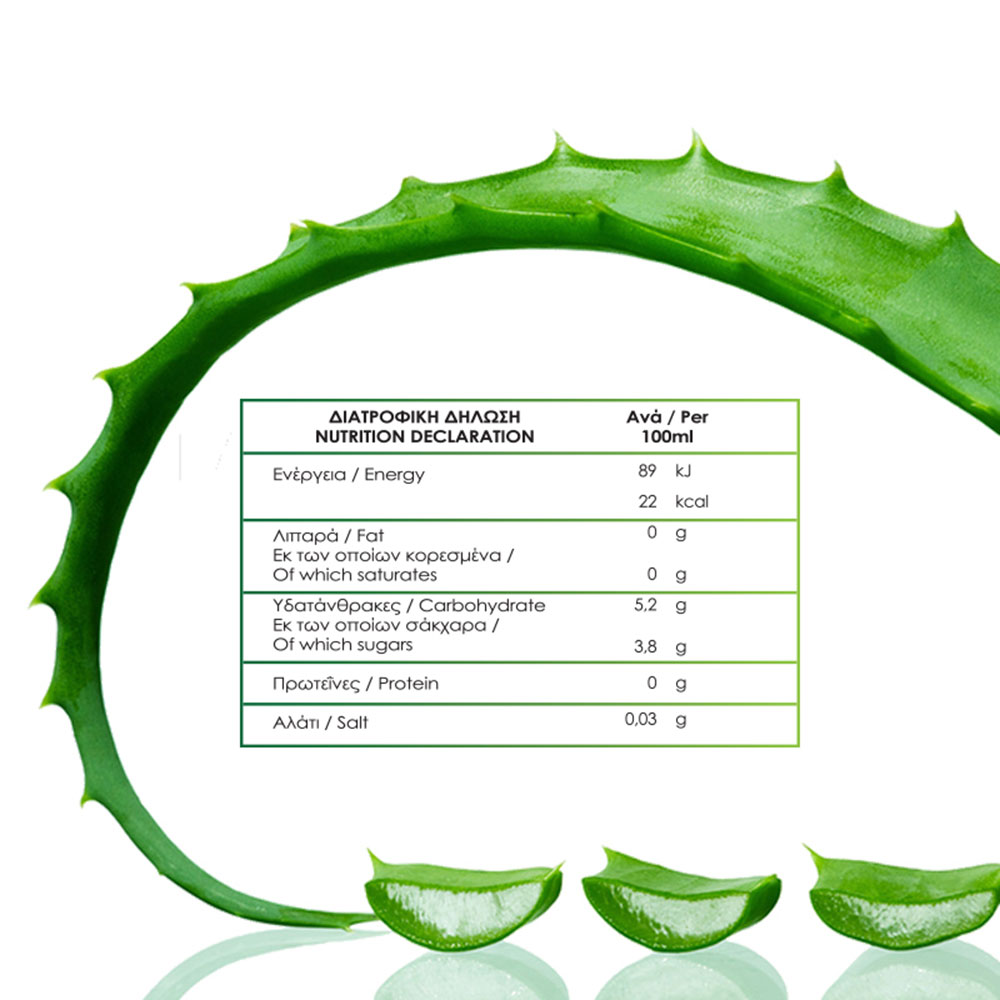 Natural ALOE juice with organic gel (GR-BIO-01)content 90% from certified plants of the variety barbadensis miller and turmeric dust in a glass bottle. Without added sugar, with stevia.
Turmeric has antioxidant and anti-inflammatory properties. Curcumin helps in the treatment of chronic diseases such as arthritis and osteoporosis.
Curcumin is a plant for which a lot of research has been made. The medicinal properties and its ingredients (mostly curcumin) have been the subject of study for over 5600 published biomedical studies after peer review. In fact, the five year research related with this holy plant revealed over 600 possible preventive and healing uses as well as 175 separate beneficial results.
The recommended daily dose is 60ml.

Research has shown a few ways with which turmeric can benefit our organism.

It blocks some types of cancer with emphasis on the head and the neck.

It is a powerful antioxidant, fighting the free roots that cause different types of cancer such as prostate, skin and intestine.

It is a powerful anti-inflammatory. Research has shown that curcumin has anti-inflammatory properties equivalent cortisone, as a result it reduces the pains that come from rheumatic arthritis It improves the function of the knees when there is inflammation.

Studies showed that curcumin prevents the formation of plaque that can block the arteries and lead to cardio and brain episodes while others studies suggest the daily use of turmeric for avoiding the appearance of diabetes to pre-diabetic people.

Nutritionists claim that theyellow root (turmeric) as a anti-inflammatory, antioxidant and antiseptic is a very powerful plant while they suggest using turmeric as a supplement wherever it is possible.

It is used to treat injuries as it accelerates the healing process.

It is also used in cosmetology to treat the discoloration of the skin and acne signs.

Curcumin is a plant for which a lot of research has been made. The medicinal properties and the ingredients (mostly curcumin) have been the subject of over 5600 published biomedical studies after peer review.

Hence, according to studies:

Curcumin contributes to the suspension of the production of a plethora of substances that participate in the anti-inflammatory reaction, that is to say the action of the organism against the pathogen bacteria.

At the same time, curcumin functions as a fat burner and especially when it is used in fatty food. Also, it fights bloating.

It acts against diabetes, reduces the symptoms of rheumatic arthritis and intestinal disorders.

It helps increase the levels of the hormone BDNF in the organism that protects from neurological and brain diseases like Alzheimer and dementia (in fact it improves memory), and from depression.

It has anti-cancer effect and especially in cancers of the digestive system. It has been proven that is can affect the expansion of cancer and destroying the cancer cells, it prevents metastasis.

It accelerates the healing of wounds helping the rehabilitation of the wound.